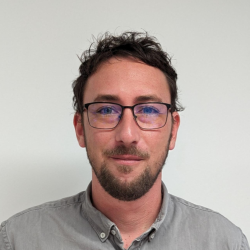 The version 1.12 of Docker has been released few days ago. Among the changes, Docker-Swarm get embedded directly into the Engine that allow easier Swarm deployment. I’m going to show that to you.

Docker Swarm is native clustering for Docker. It turns a pool of Docker hosts into a single, virtual Docker host.

Earlier stages, it was quite hard to deploy a Swarm cluster, you had to generate some certs, use a service discovery, configure each node… This time is over !
Today, we are going to make a Swarm cluster in two commands !

In this post, I’ll show you how to make a small cluster between two virtual machines but you can easily repeat operations to make a larger cluster.

When your VMs have Docker 1.12 installed on it, we are going to create our Swarm cluster. Launch this command on the VM you want use for Master :

This command will init the cluster and give you, at end, the command to launch on your nodes to join us to the cluster. Launch it on other nodes :

With this second command, your node joins directly your Swarm cluster (in two commands, no jokes). You have definitely a Docker Swarm Cluster ! Docker Swarm is too easy since 1.12

For going a bit deeper in Swarm, we’ll deploy a service and expose it on our nodes (port 8001/tcp) who will be load-balanced in the cluster. In our example, we’re going to use Nginx, but you can use any other image of your choice.

We launch these commands on the Master :

With this command, we have created a private network for Nginx and a service (new Docker concept) who expose the port 8001 off our Swarm’s nodes and load-balance it to 5 Nginx containers.

After, we can easily scale up our service :

If you want to read more about the new Swarm, let’s RTFM.

For me, this update makes really easier the deployment of a Swarm Cluster from scratch. This is a good point for Docker Inc in the big war or container orchestration (Kubernetes, Mesos, Rancher…).